A FILM AND MEDIA PRODUCTION COMPANY
BASED IN NOVA SCOTIA, CANADA

Vertical Productions Inc. is the development, production and consulting company owned and operated by Ann Bernier and Christopher Zimmer. After selling their interest in IMX Communications Inc. to DHX Media Inc. and donating their 25 year library of film and production information to Dalhousie University Library, Ann and Chris have continued a 30 year history of developing and producing quality documentary and feature films in Nova Scotia.

Currently, they have international co-productions under way with companies in China, Mexico, Venezuela, the UK and New Zealand. With experience and the firm belief in maintaining long term creative and business partnerships, Vertical Productions knows that the creation and retention of Intellectual Property is the basis for a sound future and continues to invest in creation of IP.

We believe in fostering new talent and to that end have worked as Executive Producers, consultants, mentors and fans of Nova Scotia’s young and emerging talent — writers, actors, producers, musicians, production and post-production crew people. We are proud that many of the interns, employees, aspiring writers, actors and musicians have gone on to significant careers in their chosen fields.

Both partners have long histories in the film, TV and digital media world in Nova Scotia and Canada. Ann has worked for Telefilm Canada, Strategic Partners, IMX Communications Inc. and is on many volunteer boards such as WIFT-AT, Atlantic Filmmakers Co-op, and The Devour Film Festival. Chris was the first CEO (interim) of Film Nova Scotia, has served on the boards of CMPA, the Atlantic Film Festival, and NSFPA. 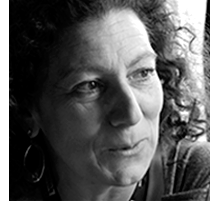 Ann Bernier has over three decades of experience as a professional in the screen industry in Canada. She was Director of Operations and Development at imX Communications Inc. which produced such award-winning coproduction films as Margaret’s Museum starring Helena Bonham Carter, Love and Death on Long Island starring John Hurt and Jason Priestly, and New Waterford Girl. While there, she produced The Wild Dogs by Thom Fitzgerald and the Canada/France co-production Folle Embellie. She is producer on John Walker’s last three feature documentaries including his most recent, Assholes: A Theory, for documentary Channel. Please visit www.augustecontent.com for recent projects.

Ann also worked at Telefilm Canada as an executive where she oversaw film and television development projects and later the new media fund. Ann left the public sector and joined the Atlantic Film Festival to produce the international co-production conference Strategic Partners for two years with the UK and Ibero-America. For the past 5 years, she has been on the selection committee for Canada’s official selection of the Academy Awards Foreign language film.

Ann is a great supporter of emerging talent and spends time mentoring upcoming filmmakers and producers. She is also the recipient of the 2017 WIFT-AT Wave Award recognizing her significant body of work. Ann presently sits on the board of FIN Atlantic Film Festival and the Canadian Media Producers Association, and is a member of WIFT-AT, Screen Nova Scotia, and The Documentary Organization of Canada. 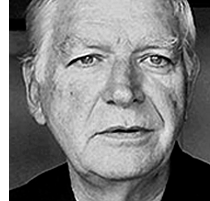 Chris Zimmer is an award winning filmmaker who, for want of a producer for a documentary project, started his own company, imX communications, in 1985. He went on to become one of Canada’s leading feature film producers, specializing in international co-productions. Based in Halifax, Nova Scotia he averaged a film a year for 25 years including Love and Death on Long Island, Margaret’s Museum, New Waterford Girl and Partition. Chris has partnered on co-productions with a wide variety of producers from the UK, Germany, France, the Netherlands, Poland, Spain, Estonia, Venezuela, and the United States. He also founded Helix Animation in 2000 which did a variety of animated television projects including the series For Better or For Worse.

In 2009 he sold imX communications to publically traded DHX Media and turned to pursue the writing and development of projects such as Sable Island Radio; a literary thriller based on an award winning novel The Outsider, a dystopian drama set in a future London to be directed in 2017 by Alberto Arvelo; Nachi and the Land of Xo – an animated feature now in production with Mexico. He is involved as an Executive Producer and consultant with a number of emerging filmmakers.

Instrumental in transforming Atlantic Canada into a hotbed of film and television activity. Here are some select projects...