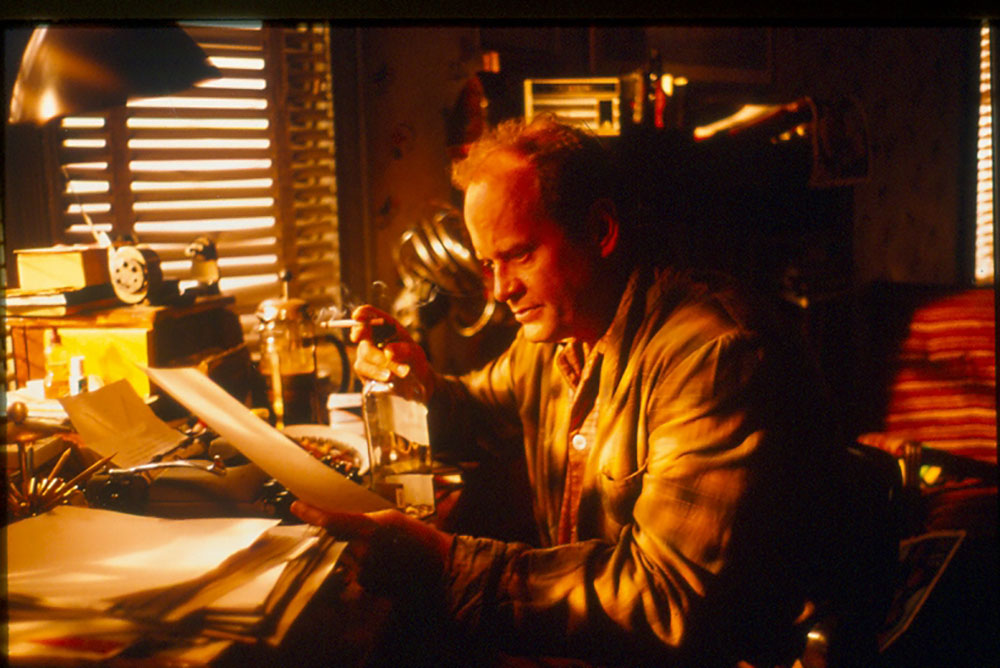 “charming … Grammer lights up the screen and keeps the one liners coming thick and fast.” – The Toronto Sun

A hard-boiled cynic travels a quirky, comic path to personal redemption. For years Howard Spitz (Kelsey Grammer – TV’s Frasier) has been eking out an existence writing trashy (and profoundly unsuccessful) detective novels. Just when his creditors, agent and publishers have finally had enough, Howard discovers an adoring audience for his unique writing style – and they’re all under 12 years old. His new hero, a trench-coated bovine named Crafty Cow, is an instant hit. Unable to cope with his new-found success, he hires an actor, the dim-witted Roger, to impersonate him.

The trouble though is that Crafty is the brainchild of Samantha, Howard’s ten-year-old creative partner. She’ll keep feeding Howard ideas only if he agrees to help her find her long-lost father. As the search progresses, Howard reluctantly falls for Sam’s mom, Roger develops an ego and the whole scam gets increasingly out of control, forcing the real Howard Spitz to finally step into the limelight.