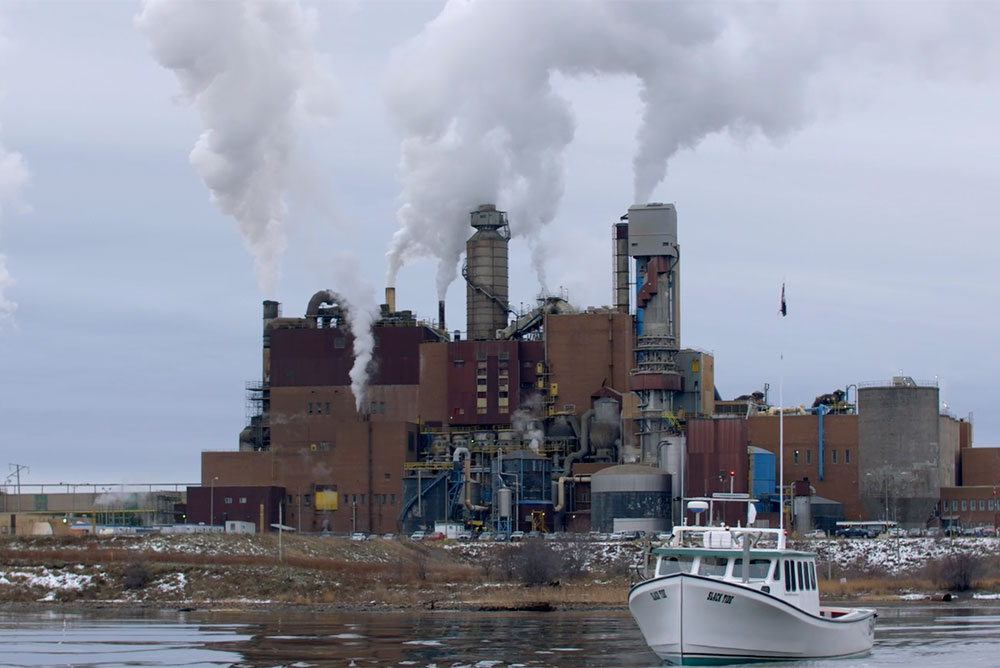 The Mill looks at a dilemma facing rural communities across the world. Where environmental concerns are increasingly weighed against the economic outcomes of resource industries as sustainability is questioned. In Pictou County, Nova Scotia, a decision must be reached dramatically affecting one of these areas. Where does its priorities lie? Will it be with those indigenous to this area, the Pictou Landing First Nation, whose traditional land was once taken over against its will and is now a toxic effluent site?

After 50 years of what former NS Environment Minister Iain Rankin, called ‘Nova Scotia’s worst case of environmental racism,’ Boat Harbour, the largest industrially polluted area in the province, has an act mandating it to close by January 2020. Northern Pulp – the local mill – is to stop using its waste treatment facility located on this site. The mill’s solution to keep operating is to place a new pipe into the Northumberland Straight. This proposal has been rejected by local indigenous and non-indigenous fishers who feel it will threaten their livelihood.

Northern Pulp’s response has been without a pipe the mill must close, which in turn threatens the province’s forestry industry. As this opposition to the pipe mounts, there is a growing sense the future of Pictou is at stake. Will the government keep its promise and close Boat Harbour? Or, will the mill close, with thousands of forestry jobs across the province lost, while the Northumberland Straight stays safe?